My first blog post so I thought that a fitting topic would be an introduction and my "costuming journey", specifically why I love it so.


Ever since I came into existence I have loved using my hands to create things.  Any kind of craft or hobby I could find, I would try.  I tried knitting, weaving, pottery, drawing, beading, wood carving, makeup, the list goes on and on, but I would always come back to sewing.

Sewing was the perfect balance for me of structure and creativity.  There were the limitations of what was in the possibility of geometry and physics, and there was also fluidity and beauty.  I found comfort in being able to mathematically calculate my way to a finished piece, or throw some fabric on a dress form and see what it told me to make.

My family was always the first to support my endeavors.  They also loved "dressing up" and we would usually be the talk of the neighborhood around come Halloween time.  One of my favorite traditions was we would take "Old Time Photos".  My parents started the tradition with a Victorian-themed picture after they had gotten married.  A couple of years later, and my sister and I added to the bunch, we did the 1920s, and after my two brothers, we made it a goal to try and cover as many eras as possible, including Pirates, Wild West, Hillbillies, and Civil War. 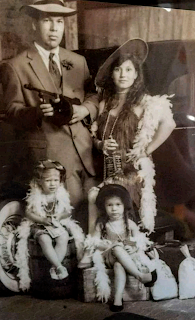 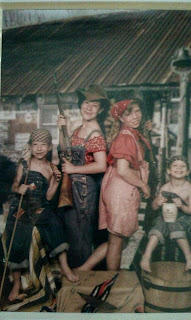 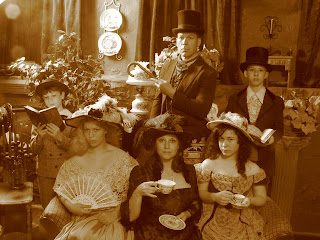 Around 2006 or so, we went to visit my aunt on the East Coast and she wanted to take us to visit Williamsburg, Virginia.  She was a part of a historical reenacting group there and wanted to show us around.  As one does at 12, I wanted to make my own dress to walk around in.  At the time I did not have a sewing machine, so the entire dress was sewn by hand.  The only pattern I had was a Revolutionary War dress for... Barbie. So I mathematically scaled the pattern up to my height, drew it out on wrapping paper, and proceeded to make many alterations.

Now, that dress was not the prettiest, but I was inspired that I had accomplished such a big project (for a 12-year-old).  A couple of years later we visited again, and this time I was more prepared.  I had gotten myself a real pattern, much prettier fabric, and I had a dress I was much more proud of, that you'll see pictured in...

"The Outlaws of Ravenhurst"

A movie based off of the book by the same name by Sister Imelda Wallace.  The story takes place in 17th Century Scotland and follows a young boy during the Catholic persecution.  My siblings and I grew up reading this book and when we learned it was in the public domain, we gathered a band of our closest friends and decided to bring this story to the "big screen".  It is not Hollywood quality, but I hope you can see the passion and love over 20 kids, ages ranging 1-17, put into this piece.  I was the director, but also costumes and makeup with my mother.  We had a budget of what we could find in our closets and thrift stores, with my aunt loaning us some of her Williamsburg dresses.  Although not at all historically accurate, I learned so much. 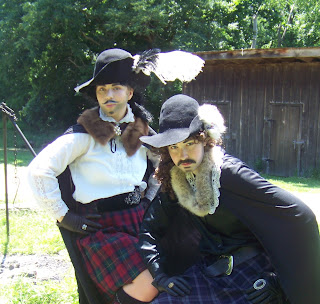 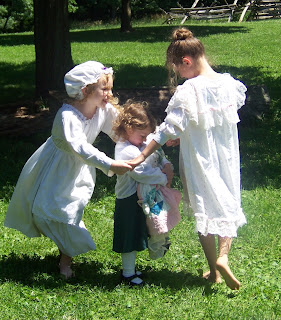 So getting back to the "why"


Historical fashion is a combination of so many things that I have a passion for.  It requires a knowledge of history, not only of the events but the materials and techniques used at a certain point in time.  Sometimes not just sewing is involved, where I am able to use other skills to supplement my design, like embroidery, beading, or hat-making.  Lastly, it is a community which I not only feel like I am understood but am welcomed into.

Beauty is very important to me. I would like to clarify, not the superficial kind, but answering the question of does my creation bring beauty like a Classical painter would?  Or a composer?  Does my work bring value beyond the fabric and notions?  Does it make the wearer feel beautiful?  Does it involve skill?  There can be beauty in opulence as well as in simplicity.  It is my goal to find it.
about childhood costuming history sewing

Popular posts from this blog 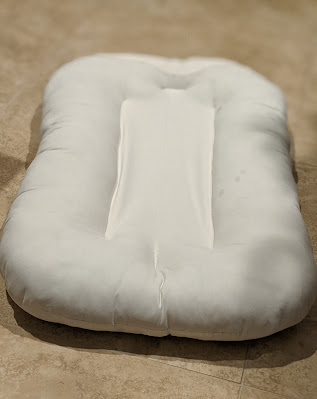 So as you may or may not know, my husband and I had our first baby back in November and it has changed our lives forever, in all the best ways.  My little one is the joy of my life and all he wants to do his cuddle with me all day and night, unfortunately not allowing me to do such things as eat, fold laundry, etc... and I needed a spot to lay him down where he would still feel held.  Enter this pillow!  Inspired by luxury baby pillows online, this is the low budget version, which you will see by the materials needed. *DISCLAIMER* Use lounger at your own risk. Never leave child unsupervised. Materials: 2 pillowcases and 1 pillow, needle, pins, thread, scissors,  ruler, iron, ironing board and (optional) sewing machine. Yes. That is it. Start by flipping the pillow case inside out and ironing. Then using a ruler mark 6 1/2 inches from each corner and mark a square. Using the inner mark as a fulcrum, mark 6 1/2 inches away in an arc. Pencil the lin
Read more 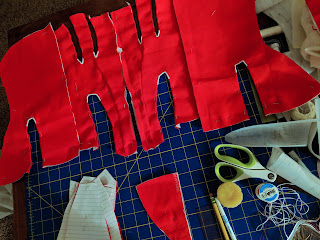 Follow along with my sewing of this 1865 corset! Till next time! ♥️
Read more 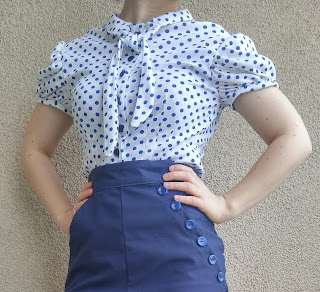 Why hello there! To dive right in, I designed this vintage-inspired blouse, made multiple blouses for myself with it, and now would like to share it with you!  To begin, go ahead and d ownload the pattern here →  Blouse Pattern Now this pattern was drafted for measurements of 34" Bust,  26" Waist, and  39" Hip, so if this size won't fit you,  tune in to my next blog post for a tutorial on how to grade this pattern to any size! Now onto the sewing instructions! A couple of general notes first: All seams are sewn with a 5/8" seam allowance unless otherwise specified You can use woven or knit fabric with this pattern, but make sure fabric is pre-shrunk Materials needed: 1 1/4 yards of Fabric (More if matching patterns and stripes) Chalk or Fabric Marker Buttons Thread Scissors Sewing Pins Iron/Ironing Board 1. You will begin by ironing your fabric, laying out the pattern pieces, and cutting them all out
Read more